Banana pudding turned into a dip. This banana pudding dip is an easy, make ahead dessert recipe for your next pot luck or party. 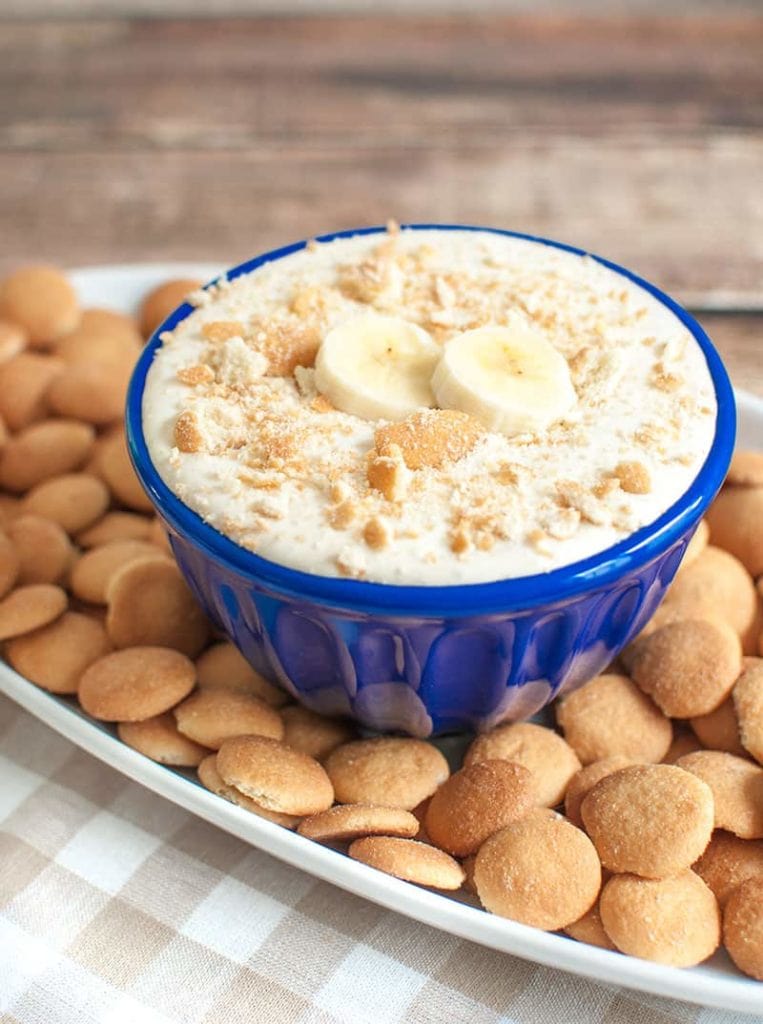 Does anyone remember the banana pudding milkshake from Chick-Fil-A? This was a limited time flavor that was offered for several years during the spring.

I was extremely disappointed to learn that it was not going to come back last year because this thing was amazing! We are talking banana pudding in drinkable form! 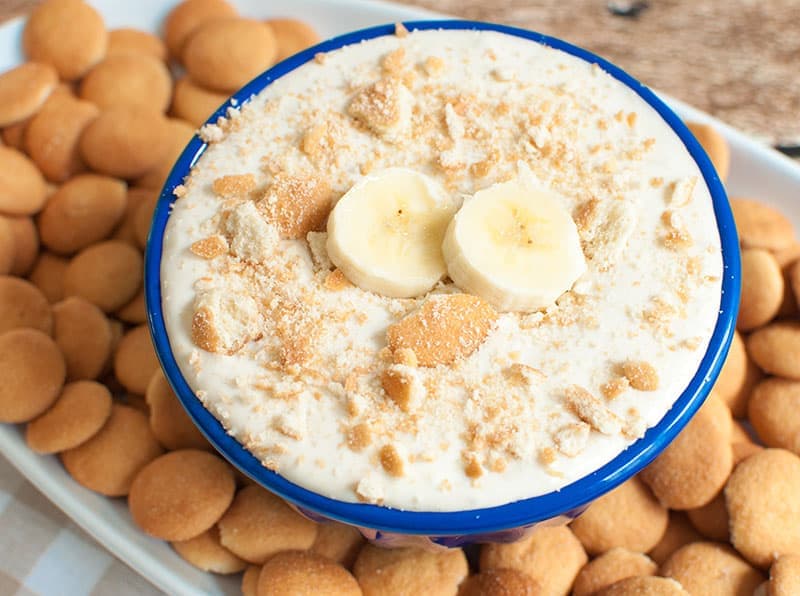 Can you make banana pudding dip ahead of time? Yes, most definitely.

Just mix all the ingredients together and store, covered in the refrigerator.

The bananas will brown some as the dip sits. If you want to avoid that, you could always follow all the steps except for mixing in the bananas and then add those closer to when you’re ready to serve.

What can you dip into banana pudding dip?  Well, vanilla wafers are probably the favorite choice. But you could use you favorite cookies or even serve this as a fruit dip.

Is the lemon juice required?  The acidity from the lemon juice helps to prevent the bananas from browning. You may omit if the browning doesn’t bother you. It won’t impact the taste of the dip. 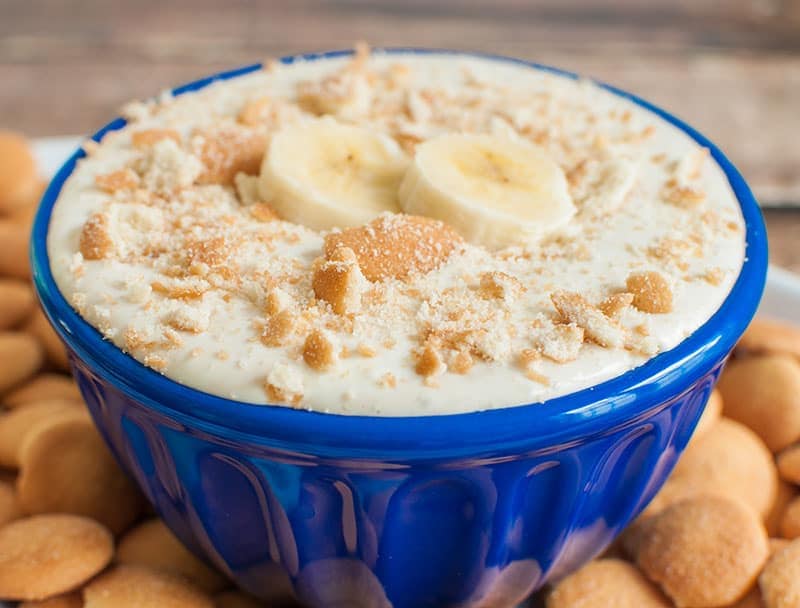 Adapted from: Recipes For My Boys

How to make Banana Pudding Dip 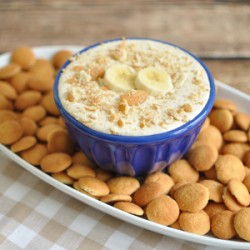 If you don't want to use store bought pudding mix, you should be able to make your own pudding and substitute it into the recipe although I have not tried this.